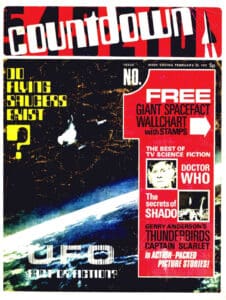 A UFO lands on Earth after eluding interception by a Moonbase. SHADO, on the other hand, will have to wait. When the UFO just lands for a few seconds before taking off again, mobiles become confused. The next morning, however, two scientists in the same location are said to have failed to show up for work. Colonel Alec Freeman investigates, only to be attacked by an Alien in Mersham Abbey’s ruins. When Freeman fails to report in, Colonel Paul Foster, who is still in the area in a Mobile, looks for him and is wounded by the Alien. 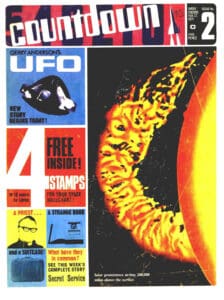 SHADO Warren Spencer, a control clerk, has disclosed information about the organisation to Mason, a reporter for The Clarion newspaper. Straker tries to persuade the press not to investigate the matter while Alec Freeman does a security check. A UFO eludes interception by Moonbase and is shot down over the sea by Sky 1. Fisherman Robin Johns, out in the mist in his one-man launch, sees the crash and is horrified to discover a red space-suited body floating close, matching it to the reported account in The Clarion. 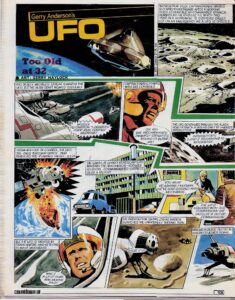 Captain Frank Harris is undergoing Interceptor simulation tests, but despite being the most experienced and oldest of the pilots, he only barely passes. Alec Freeman believes Straker is about to fire him, but the commander simply wants him to keep an eye on him. When Harris returns to Moonbase, a real UFO is spotted and the Interceptors are launched, but he is concerned that he will make a mistake and end his career… 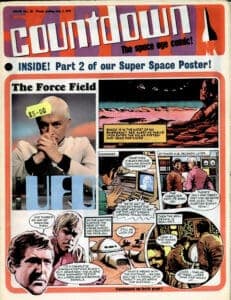 Dennis Skipton, a SHADO technician, has created an invisible force-field and shows it to Straker and Freeman by setting it up in the control room and walking into it! Six UFOs enter the solar system, change course, and disappear before Straker can take any further action! Six more UFOs are tracked while attempting to determine their location, and their path leads them to Mars. 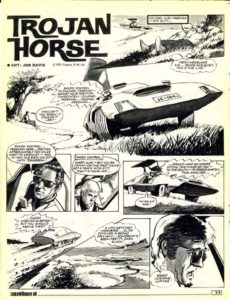 Alec Freeman is taking a break in the countryside when he receives a notification to report to the nearby ETT of a UFO. When Freeman discovers the UFO, he is taken aback by an Alien, who reveals himself to be Paul Foster! The commander has built a dummy UFO and decided to test it on Freeman – if it can fool him, it might be able to fool the Aliens in a ‘Trojan Horse’ style strategy. 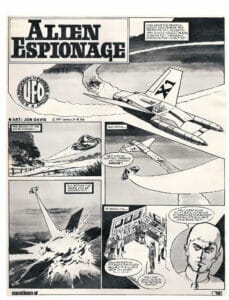 A new SHADO type of assault plane named X1 is being tested high above Surrey (UK). A UFO appears and follows X1, shooting him down before he can fire his rear-facing gun. That was the aliens’ fourth secret project that year, and Straker suspects espionage. 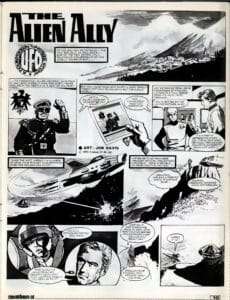 Recent incidents have seen UFOs elude SHADO over the Moldavian Alps, according to Alec Freeman. Freeman and co-driver Matthews crash through a barrier and into Moldavia in search of a landing UFO after failing to persuade border authorities of their mission. 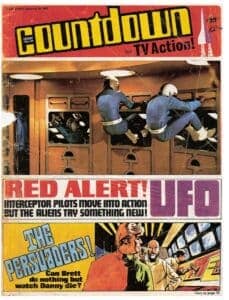 Even with computer-guided missiles, Interceptor One destroys a UFO near the Moon, but it also launches small metal canisters that Interceptors Two and Three are unable to hit. Moonbase sends a warning to Earth, but even Sky One can’t get rid of all of them.